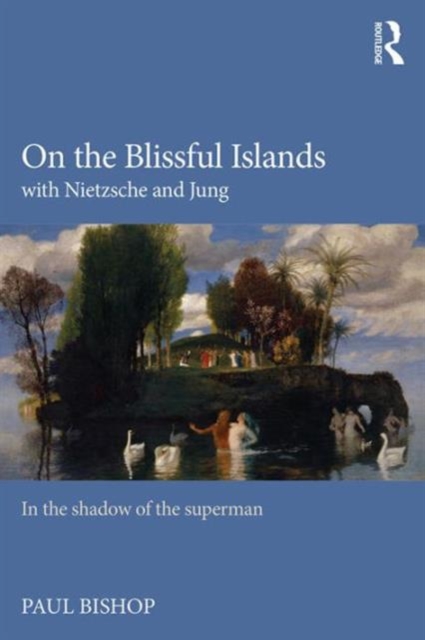 On the Blissful Islands with Nietzsche & Jung : In the shadow of the superman Paperback / softback

by Paul (William Jacks Chair in Modern Languages at the University of Glasgow, UK.) Bishop

What are the blissful islands? And where are they? This book takes as its starting-point the chapter called 'On the Blissful Islands' in Part Two of Nietzsche's Thus Spoke Zarathustra, and its enigmatic conclusion: 'The beauty of the Superman came to me as a shadow'.

From this remarkable and powerful passage, it disengages the Nietzschean idea of the Superman and the Jungian notion of the shadow, moving these concepts into a new, interdisciplinary direction.

In particular, On the Blissful Islands seeks to develop the kind of interpretative approach that Jung himself employed.

Its chief topics are classical (the motif of the blissful islands), psychological (the shadow), and philosophical (the UEbermensch or superman), blended together to produce a rich, intellectual-historical discussion.

By bringing context and depth to a nexus of highly problematic concepts, it offers something new to the specialist and the general reader alike.

So this book considers the significance of the statue in the culture of antiquity (and in alchemy), and investigates the associated notion of self-sculpting as a form of existential exercise.

This Neoplatonic theme is pursued in relation to a poem by Schiller, at the centre of which lies the notion of self-sculpting, thus highlighting Nietzsche's (and Jung's) relationship to Idealism.

Its conclusion directly addresses the vexed (and controversial) question of Nietzsche's relation to Plato. This book's main ambition is to provide a cross-cultural, interdisciplinary reading of key themes and motifs, using Jungian ideas in general (and Jung's vast seminar on Zarathustra in particular) to uncover a dimension of deep meaning in key passages in Nietzsche.

Engaging the reader directly on major existential questions, it aims to be an original, thought-provoking contribution to the history of ideas, and to show that Zarathustra was right: There still are blissful islands!This book will be stimulating reading for analytical psychologists, including those in training, and academics and scholars of Jungian studies, Nietzsche, and the history of ideas.