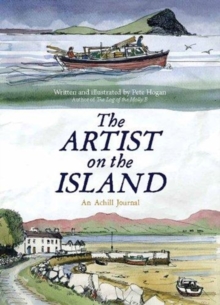 The Artist on the Island : An Achilbeg Journal Paperback / softback

This beautifully illustrated memoir by Pete Hogan is the follow-up instalment to his highly acclaimed The Log of the Molly B.

After the adventures of building his own boat and sailing it from Canada down the west coast of the US, through the Panama Canal and across the Atlantic to Ireland, Pete decided to settle down and dedicate his life to his art in the remote surroundings of Achillbeg island, just south of Achill, County Mayo.

As he describes it: "I was not in the mood for compromise.

I wanted to live on an island and make art. If Paul Gauguin could quit his job as a stock broker and paint pictures on an island, so could I, but in the west of Ireland.

If James Joyce could be an exile in Trieste and 'forge in the smithy of his soul the uncreated conscience of his race', then so could I, but on an island in the west of Ireland and.

If Andy Warhol could rule the art world and become famous from some night club in New York, then so could I - from an island in the west of Ireland.

I would be famous, aloof, celebrated and revered - from an island in the West of Ireland. Or so I thought. I parked my engineless, gaff-rigged ketch. I unloaded my dreams. I kicked open the door of my house and I settled in.

I kept a journal that winter. What follows is based on what I wrote." Lavishly illustrated with dozens of full colour plates, The Artist on the Island is a remarkable record of one man's attempt to forego modern-day conveniences and social conventions in order to focus on what is truly important. 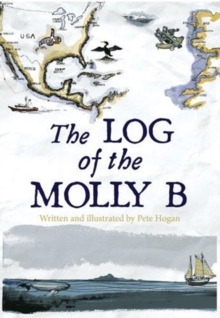