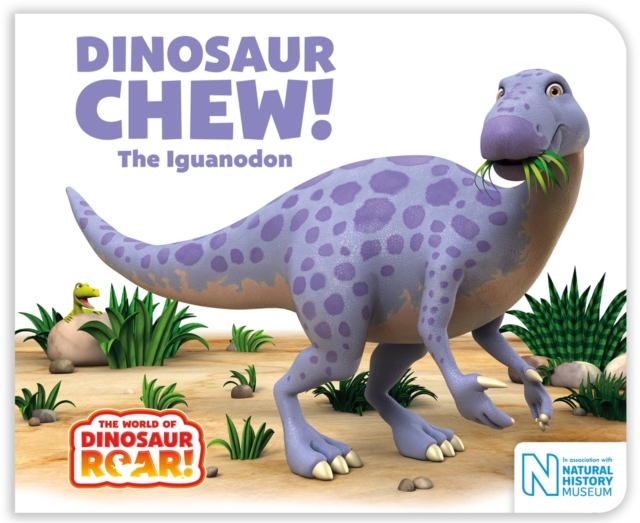 Dinosaur Chew! The Iguanodon Board book

Part of the The World of Dinosaur Roar! series

Meet Dinosaur Chew, an Iguanodon, in this brilliant rhyming story, part of the collectable The World of Dinosaur Roar! series, in association with the Natural History Museum. Dinosaur Chew spends his days on the heath, lazing around and chewing on grasses.

But when Dinosaur Munch inspires him to try something different, Dinosaur Chew sets off to explore new ways of doing things.

Will the lazy dinosaur ever change his ways? With fantastic rhyming text written by series creator, Peter Curtis, Dinosaur Chew!

The Iguanodon is perfect for preschool children. Inspired by the classic picture book, Dinosaur Roar! by Paul Stickland and Henrietta Stickland, this colourful series introduces a cast of authentic dinosaur characters to very young children and is approved by Professor Paul Barrett of the Department of Earth Sciences at the Natural History Museum in London.

The Ankylosaurus, Dinosaur Squeak! The Compsognathus, Dinosaur Honk! The Parasaurolophus . . . and more! 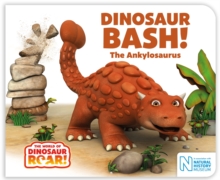 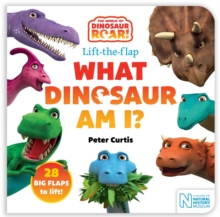 What Dinosaur Am I? A Lift-the-Flap Book 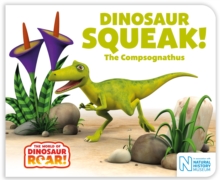 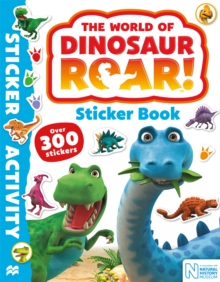