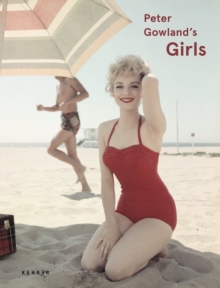 Peter Gowland (1916- 2010) started taking glamor and pin-up photographs of young woman in and around Los Angeles in 1946.

In 1954, The New York Times called him 'America's No. 1 Pin-up Photographer' early into his career, and later situated his pictures 'someplace between titillation and art'.

Peter Gowland s Girls* presents some 180 works selected from Peter Gowland's estate, which comprises tens of thousands of superb prints and slides, including the most sensational pictures from his unparalleled career as a pin-up photographer and portraits of stars like Joan Collins and Jayne Mansfield.