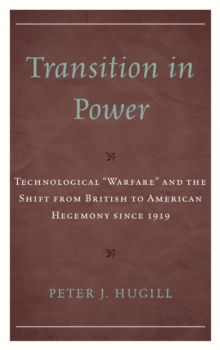 Transition in Power : Technological "Warfare" and the Shift from British to American Hegemony since 1919 Hardback

Hegemonic transitions are never clear, and they usually emerge from a period of multi-polarity in the world-system.

Two types of state tend to contend for power: trading states and territorial states, although most states are never "pure" and tend to contain within them multiple polities with different agendas.

British decline began in the late Victorian era, but the transition to American power was slow, and other states also sought hegemony.

But Britain was challenged economically by America as early as 1861 via the Morrill Tariff, her economic hegemony was gone by the 1880s, and she was "defeated" by 1947.

From the 1880s on both America and Germany sought to replace Britain as hegemonic power not only through their implementation of protectionist economic policies, but also through the adoption of revised versions of the world-economy, through new technologies, and, in the case of Germany, military power.

Britain struggled to stay in place. Britain's world-economy was that of a pure trading state.

Maritime trade in organic materials was organized through global capitalism and control over submarine cable telecommunications rather than territorial possession.

America's rise was greatly helped by being a capitalist power in possession of a secure territorial base in the mid-section of the North American continent, but America suffered from multiple polities competing for power, with the South particularly problematic.

German science and technology began to diffuse to American corporate laboratories before World War One.

After that war, diffusion to American laboratories and universities was massive and helped secure American hegemony. 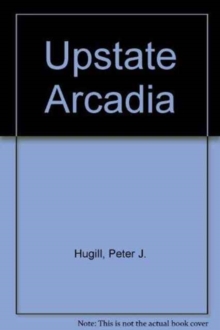