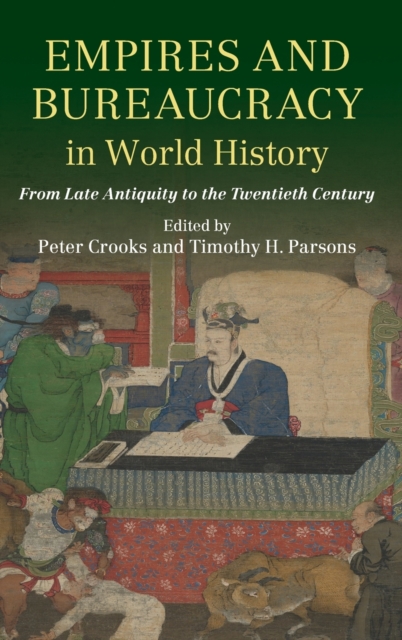 Empires and Bureaucracy in World History : From Late Antiquity to the Twentieth Century Hardback

How did empires rule different peoples across vast expanses of space and time? And how did small numbers of imperial bureaucrats govern large numbers of subordinated peoples?

Empires and Bureaucracy in World History seeks answers to these fundamental problems in imperial studies by exploring the power and limits of bureaucracy.

The book is pioneering in bringing together historians of antiquity and the Middle Ages with scholars of post-medieval European empires, while a genuinely world-historical perspective is provided by chapters on China, the Incas and the Ottomans.

The editors identify a paradox in how bureaucracy operated on the scale of empires and so help explain why some empires endured for centuries while, in the contemporary world, empires fail almost before they begin.

By adopting a cross-chronological and world-historical approach, the book challenges the abiding association of bureaucratic rationality with 'modernity' and the so-called 'Rise of the West'.