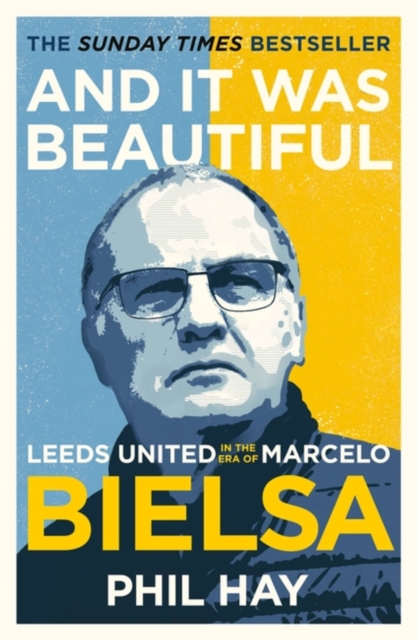 And it was Beautiful : Leeds United in the Era of Marcelo Bielsa Paperback / softback

UPDATED TO INCLUDE THE 2021/22 SEASON THE INSTANT SUNDAY TIMES TOP TEN BESTSELLERThe behind-the-scenes story of the Marcelo Bielsa revolution at Leeds United and their first season back in the Premier League after sixteen years of hurt. FEATURING FRESH PERSONAL INSIGHT FROM MARCELO BIELSAOn 27th February 2022, after 170 matches in charge, promotion to the Premier League and some of the most exhilarating football the English game has ever seen, Leeds United parted company with their most beloved and successful manager in a generation: Marcelo Bielsa.

His parting gift was to embrace the crowds of adoring fans who turned up to say thank you as he left the club's training ground for the final time. In And it was Beautiful, The Athletic's Phil Hay chronicles Leeds United's glorious first season back in the top flight - which saw them finish ninth - after a chaotic sixteen-year absence.

Phil pulls back the curtain on the hallmarks that now define the Marcelo Bielsa era, from his gruelling training schedule - including his infamous 'murderball' sessions - to innovative tactical methods that elevated Championship regulars into Premier League stars.

Bielsa performed miracles, turning football into high art and making an extraordinary cultural impact on the city of Leeds.

The result is a unique and fitting tribute to a Leeds United icon.