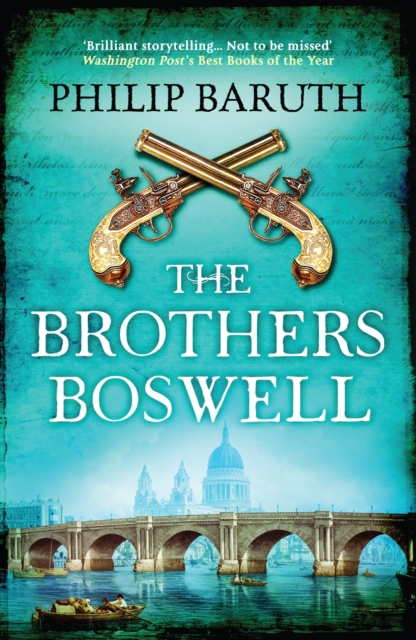 Even the stink of the Thames seems to fade in the presence of Dr Samuel Johnson and James Boswell - history's most famous friends. Boswell, as charismatic and meticulously coiffed as Johnson is bullish and badly dressed, is eager to advance himself in literary society.

Today he is to accompany the great Dr Johnson on an excursion up the Thames - and he is determined that nothing will go wrong. But another Boswell is watching from the shadows, insanely jealous of his elder brother's meteoric rise through London's coffeehouses and whorehouses, tenements and theatres, soirees and salons.

He has two golden pistols in his pocket, a ferryboat at his disposal... and murder in his heart.