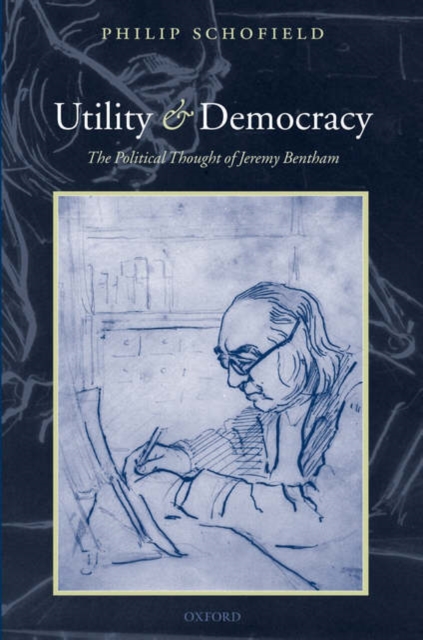 Utility and Democracy : The Political Thought of Jeremy Bentham Hardback

by Philip (Professor of the History of Legal and Political Thought, University College Londo Schofield

This book is the first comprehensive historical account of the political thought of Jeremy Bentham (1748-1832), the philosopher and reformer.

Professor Schofield draws on his extensive knowledge of Bentham's unpublished manuscripts and original printed texts, and on the new, authoritative edition of The Collected Works of Jeremy Bentham.

A compelling narrative charts the way in which Bentham applied his utilitarian philosophy to the rapidly changingcircumstances of his age. Professor Schofield begins with a lucid account of Bentham's insights in the fields of logic and language, and in particular his theory of real and fictitious entities, which lie at the foundation of his thought.

Professor Schofield proceeds to show how these insights brought Bentham to the principle of utility, which led him in turn to produce the first systematic defence of democracy from a utilitarian perspective.

In contrast to previous scholarship, which claims that Bentham's 'conversion'or 'transition' to political radicalism took place either at the time of the French Revolution or following his meeting with James Mill in 1808 or 1809, Professor Schofield shows that the process began in or around 1804 when the notion of sinister interest emerged in Bentham's thought.

Benthamappreciated that rulers, rather than being motivated by a desire to promote the greatest happiness of those subject to them, aimed to promote their own happiness, whatever the overall cost to the community. In his constitutional writings of the 1820s, which he addressed to 'all nations professing liberal opinions', Bentham argued that the proper end of constitutional design was to maximize official aptitude and minimize government expense, and that the publicity of official actions, within the context of a republican system of government where sovereignty lay in the people, was the means to achieve it.

Bentham's commitment to radical reform led him to advocate the abolition of the British monarchyand House of Lords, the replacement of the Common Law with a codified system of law, and the 'euthanasia' of the Anglican Church.