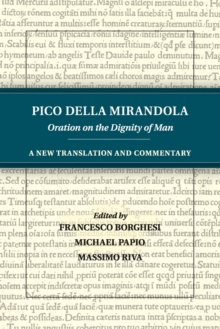 Pico della Mirandola: Oration on the Dignity of Man : A New Translation and Commentary Paperback / softback

This is a new translation of and commentary on Pico della Mirandola's most famous work, the Oration on the Dignity of Man.

It is the first English edition to provide readers with substantial notes on the text, essays that address the work's historical, philosophical and theological context, and a survey of its reception.

Often called the 'Manifesto of the Renaissance', this brief but complex text was originally composed in 1486 as the inaugural speech for an assembly of intellectuals, which could have produced one of the most exhaustive metaphysical, theological and psychological debates in history, had Pope Innocent VIII not forbidden it.

This edition of the Oration reflects the spirit of the original text in bringing together experts in different fields.

Not unlike the debate Pico optimistically anticipated, the resulting work is superior to the sum of its parts. 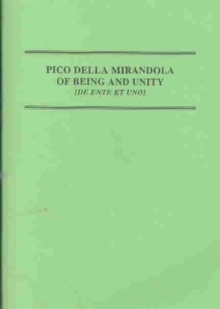