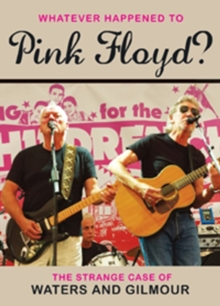 Documentary on Pink Floyd, one of the most popular rock bands of all time.

Formed in the 1960s, Pink Floyd released a multitude of progressive albums and sold over 200 million albums worldwide.

After the release of 'The Wall', the relationship between surviving members, Roger Waters and David Gilmour, became increasingly volatile, resulting in the near end of the band.

However, the two joined eachother on stage once more as part of 2005's 'Live 8' concert.

With the help of contributions from friends and journalists, along with rarely seen footage and photograpths, this documentary explores the complex tale of the band.