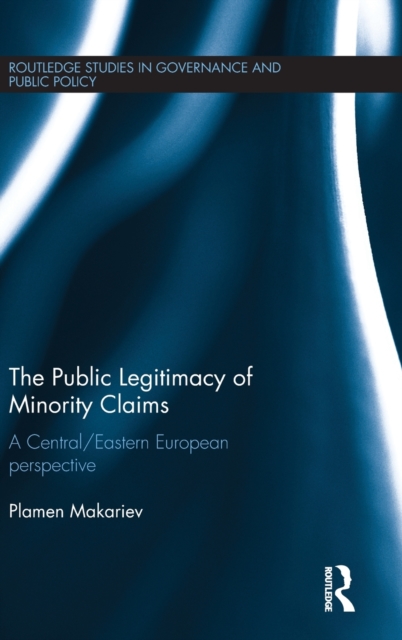 Problems involving minorities still constitute a significant challenge for public policies in countries such as the ones on the territories of the former Soviet Union and Yugoslavia.

Unassimilated, facing the cultural "non-transparency" of their lifeworlds, and usually without autonomy, their problems are quite different from those in Western Europe and North America. This book presents a study of public policies concerning the national, ethnic, and religious minorities in the countries of Central and Eastern Europe.

It explores the opportunities available for applying the model of deliberative democracy to the domain of designing and realizing minority policies.

It examines the possibility that minority groups can influence - and ideally even pre-decide - minority policies by legitimizing claims concerning their needs and rights in a way that leaves democratic public opinion no choice but to support them.

Adopting a novel approach to the public legitimization of minority claims, it proposes that the general public's evaluation of the credibility of minority claims should focus on the procedural qualities of the intra-group (ethical-political) discourses through which these claims are articulated and substantiated. This text will be of key interest to students and scholars of public policy, minority politics, the politics of Eastern Europe, political theory and comparative politics.