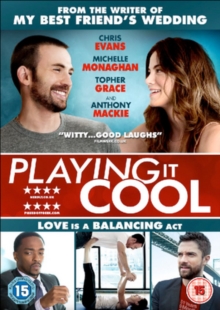 After an unlucky in love screenwriter (Evans) fails with his latest romantic script, he thinks he has found the answer to his professional and personal struggles when he meets a girl (Monaghan) he can finally fall in love with.

But their initial sparks are extinguished when he discovers she is engaged to a man nicknamed Stuffy (Ioan Gruffudd).

Although the pair agree to be friends he questions whether to pursue her further; a conundrum not helped by the conflicting advice from his close circle of literary friends.