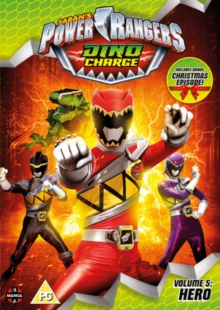 Episodes 17-20, as well as the Christmas special, from the children's television series.

Many millions of years ago an alien named Keeper (voice of Richard Simpson) was pursued across the galaxy by a bounty hunter called Sledge (Adam Gardiner) who sought to acquire the powerful Energems, which Keeper protected, and use them to rule the universe.

When Keeper crashed on Earth he scattered the Energems and inadvertently caused the extinction event that wiped out the dinosaurs.

In the present day, Keeper re-emerges and discovers a group of teenagers who wield the power of the Energems in defence of the Earth.

Sledge also returns with a host of minions, determined to finally acquire the Energems for his nefarious purposes.

The episodes are: 'World Famous (in New Zealand)', 'Deep Down Under', 'Wishing for a Hero', 'One More Energem' and 'Race to Rescue Christmas'.