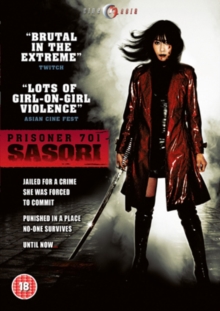 Joe Ma directs this remake of the cult 1972 Japanese exploitation film 'Joshuu 701 Go Sasori' directed by Ito Shunya, itself a live-action adaptation of the 1970s manga series by Toru Shinohara.

Miki Mizuno stars as Matsushima Nami, a beautiful young housewife who is falsely accused of murder and sent to spend the rest of her life in the most brutal and squalid of prisons, where she falls victim to any number of inhuman cruelties.

Later she manages to escape and makes it her business to exact a gruesome revenge on those who double-crossed her, training to fight with a mysterious mountain hermit known as the Corpse Collector (Simon Yam) and renaming herself 'Sasori' ('Scorpion').