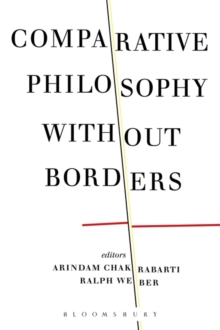 Comparative Philosophy without Borders presents original scholarship by leading contemporary comparative philosophers, each addressing a philosophical issue that transcends the concerns of any one cultural tradition.

By critically discussing and weaving together these contributions in terms of their philosophical presuppositions, this cutting-edge volume initiates a more sophisticated, albeit diverse, understanding of doing comparative philosophy.

Within a broad conception of the alternative shapes that work in philosophy may take, this volume breaks three kinds of boundaries: between cultures, historical periods and sub-disciplines of philosophy such as metaphysics, epistemology, ethics, aesthetics, and political philosophy. As well as distinguishing three phases of the development of comparative philosophy up to the present day, the editors argue why the discipline now needs to enter a new phase.

Putting to use philosophical thought and textual sources from Eurasia and Africa, contributors discuss modern psychological and cognitive science approaches to the nature of mind and topics as different as perception, poetry, justice, authority, and the very possibility of understanding other people. Comparative Philosophy without Borders demonstrates how drawing on philosophical resources from across cultural traditions can produce sound state-of-the-art progressive philosophy.

Fusing the horizons of traditions opens up a space for creative conceptual thinking outside all sorts of boxes.