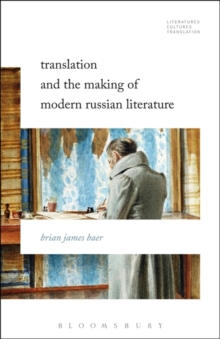 Translation and the Making of Modern Russian Literature Paperback / softback

Peter I's policy of forced Westernization resulted in translation becoming a widely discussed and highly visible practice in Russia, a multi-lingual empire with a polyglot elite.

Yet Russia's accumulation of cultural capital through translation occurred at a time when the Romantic obsession with originality was marginalizing translation as mere imitation.

The awareness on the part of Russian writers that their literature and, by extension, their cultural identity were born in translation produced a sustained and sophisticated critique of Romantic authorship and national identity that has long been obscured by the nationalist focus of traditional literary studies.

Modeling the long overdue integration of translation into literary and cultural studies, Translation and the Making of Modern Russian Literature studies the circulation and reception of specific translated texts alongside re-readings of seminal works of the Russian literary canon.