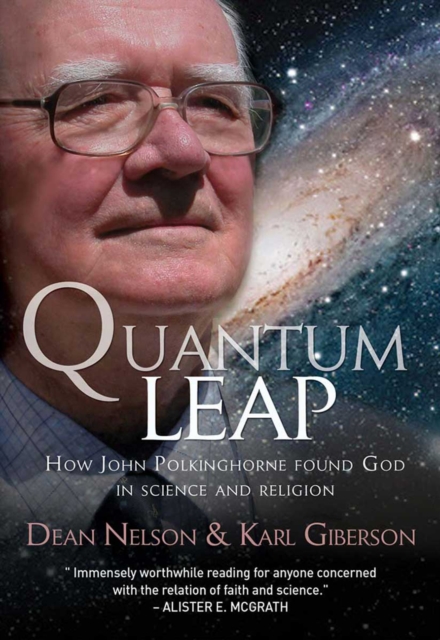 Quantum Leap uses key events in the life of Polkinghorne to introduce the central ideas that make science and religion such a fascinating field of investigation.

Sir John Polkinghorne is a British particle physicist who, after 25 years of research and discovery in academia, resigned his post to become an Anglican priest and theologian.

He was a professor of mathematical physics at Cambridge University, and was elected to the Royal Society in 1974.

As a physicist he participated in the research that led to the discovery of the quark, the smallest known particle.

This cheerful biography-cum-appraisal of his life and work uses Polkinghorne's story to approach some of the most important questions: a scientist's view of God; why we pray, and what we expect; does the universe have a point?; moral and scientific laws; what happens next?