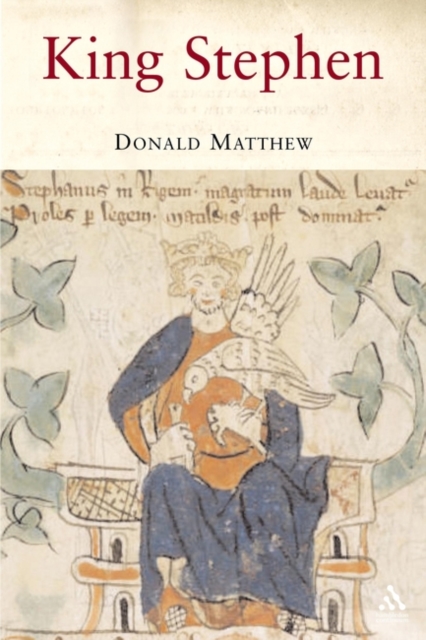 The reign of King Stephen (1135-54) has usually been seen as uniquely disastrous in the history of the medieval England - a country riven by a civil war between Stephen and his first cousin, the Empress Matilda, and by an anarchy during which barons laid waste the country and 'Christ and his saints slept'.

Donald Matthew challenges this picture. By questioning such melodramatic assumptions, and by looking clearly at what can and cannot be known about Stephen, he brings new light to both the king and his reign.

He shows that much of what has been written about Stephen has been based on the selective use of the testimony of hostile witnesses, and has been shot through by wishful thinking or by the political or historical prejudices of the day. "King Stephen" is an important, well-written and timely reinterpretation of the crisis of Norman government.