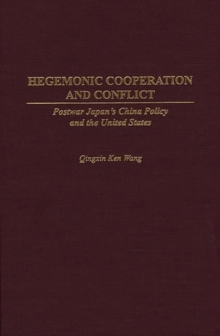 Postwar Japan has consistently maintained close cooperation with the United States over the last four decades over such major issues as Japan's recognition of China, their peace treaties, and, more recently, Japan's resumption of the yen loan to China suspended in the wake of the Tiananmen incident.

This has been in spite of Japan's well-known conflict of interests in China with the United States.

Japan's cooperation with the United States sheds new light on some important questions which are central to current debates about the shape of the new world order in general, and America's world role in particular, in the post-Cold War era.

What has been the role of American power in maintaining Japan's cooperation?

What have been the bases of American hegemony in the post-war world?

How has American hegemony changed over the years?Qingxin K.

Wang addresses and illuminates these important questions through a detailed and provocative study of Japan's relations with the United States over China policy in the last four decades. 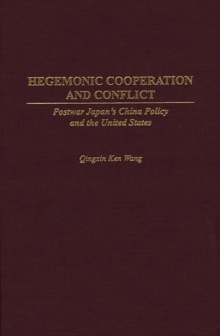