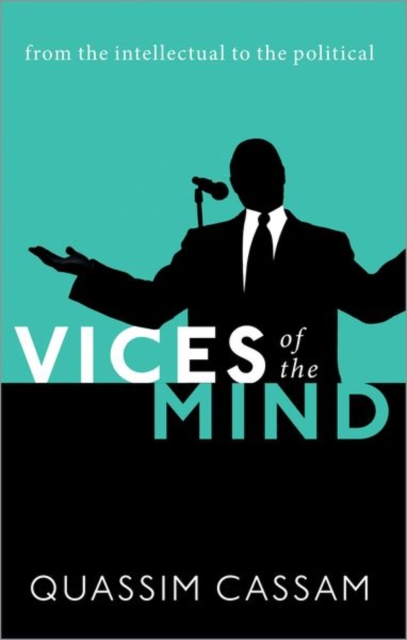 Vices of the Mind : From the Intellectual to the Political Paperback / softback

Leading philosopher Quassim Cassam introduces epistemic vices, drawing on recent political phenomena including Brexit and Trump to explore such 'vices of the mind'. Manifesting as character traits, attitudes, or thinking styles, epistemic vices prevent us from having or sharing knowledge.

Cassam gives an account of the nature and importance of these vices, which include closed-mindedness, intellectual arrogance, wishful thinking, and prejudice.

In providing the first extensive coverage of vice epistemology, an exciting new area of philosophical research, Vices of the Mind uses real examples drawn primarily from the world of politics to develop acompelling theory of epistemic vice.

Key events such as the 2003 Iraq War and the 2016 Brexit vote, and notable figures including Donald Trump and Boris Johnson are analysed in detail to illustrate what epistemic vice looks like in the modern world.

The traits covered in this landmark work include a hitherto unrecognised epistemic vice called 'epistemic insouciance'.

Cassam examines both the extent to which we are responsible for our failings and the factors that make it difficult to know our own vices.

If we are able to overcomeself-ignorance and recognise our epistemic vices, then is there is anything we can do about them?

Vices of the Mind picks up on this concern in its conclusion by detailing possible self-improvement strategies and closing with a discussion of what makes some epistemic vices resistant tochange.