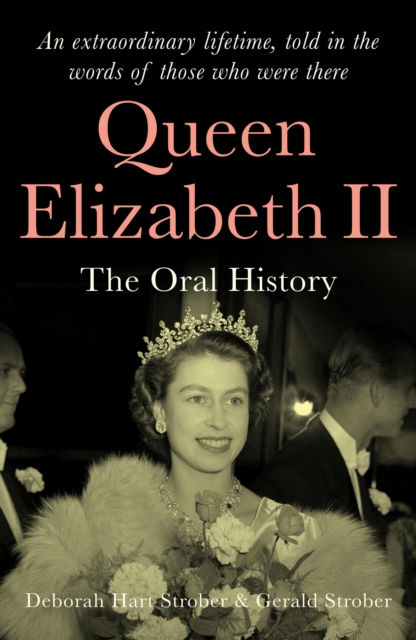 Queen Elizabeth II : An extraordinary lifetime, told in the words of those who were there Hardback

A full, detailed and global portrait of a life lived in service. Lieutenant Commander Michael Parker, then equerry-in-waiting to Princess Elizabeth and the Duke of Edinburgh, speaking about the death of King George VI:'The Queen was really bowled over.

Forlorn. Fully conscious of the fact that she was Queen, and that she must tend to affairs immediately, but at the same time carrying the load of this new, awful news.

A brave person. Gosh! If I loved her before, boy did I love her after that!'Queen Elizabeth II paints a spirited, global portrait of a life lived in service.

It is packed full of fascinating eye-witness accounts; from the early years of Queen Elizabeth II's reign - the shocking death of her father and the adjustment required of a newly married couple - through to the children's marriages, the death of Princess Diana, and Prince Harry and Meghan's move to the United States. It features interviews from diverse sources: staff (recognisable from their portrayals in The Crown), family and friends, such as Lady Pamela Hicks, and public figures including Rabbi Julia Neuberger, Michael Heseltine and Andy Burnham. Originally published in 2002, it also contains memories from crucial figures now lost to us, such as Winston Spencer Churchill and Nelson Mandela. This extraordinary oral history presents revealing view into the workings of Buckingham Palace and the strengths and weaknesses of the Royal Family, asking questions about conflict and change, and the monarchy's journey as colonial institution. With a broad spectrum of views on Queen Elizabeth II - from her role as leader of the Commonwealth to her personality in private - this unique book offers a remarkable insight into our Monarch. 'Both of us having dogs, mine being my seeing eye dog, Her Majesty and I had something in common and we always used to talk about ours.

During Vladimir Putin's state visit to the United Kingdom, my dog barked at the Russian visitor and Her Majesty patted him, as if to say: ""Good dog!