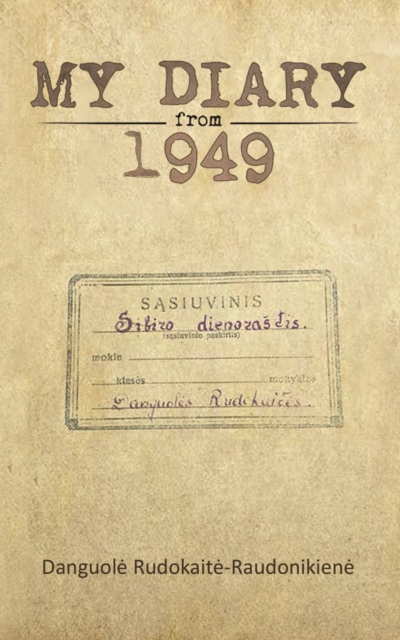 MY DIARY FROM 1949 Hardback

In March 1949, Danguol Rudokait-Raudonikiens family were among the unfortunate ones who were exiled from Lithuania to the remote settlements of the Soviet Union.

Her diary depicts the journey from their beloved homeland to an unfamiliar place in Eastern Siberia through the eyes of an 11-year-old girl.

She writes about the horrifying journey on trains used for cattle.

These trains did not have any windows. The conditions were gruesome and beyond unsanitary. They were often deprived of food and water for days at a time.