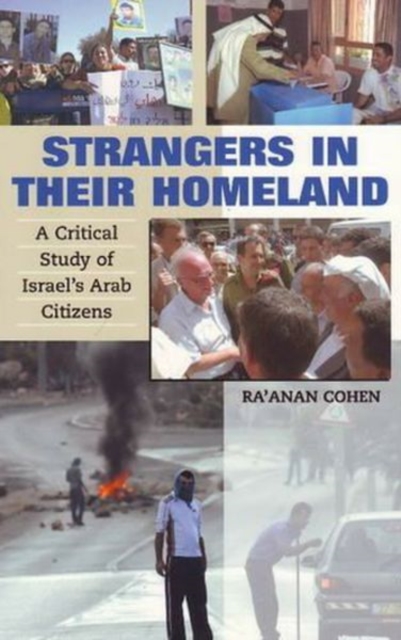 Strangers in Their Homeland : A Critical Study of Israel's Arab Citizens Paperback / softback

Too little is written about the ethnic-nationalist identity crisis between the State of Israel and its Arab citizens which becomes intensified with every regional event -- from the US invasion of Iraq, to the second Lebanon war.

The author addresses this lacunae by providing a detailed account of the situation of the Arab population of Israel: their political and electoral ambitions, their extended families/tribes, their lands, their political personalities, their society, and their hopes for the future.

Beginning with the time when the Arabs were encouraged to belong to 'satellite' factions under the auspices of the Labor Party, up to the fiercely nationalist Arab parties of today, former Member of Israel's Knesset and Cabinet Minister, Dr Ra'anan Cohen examines the political changes that have taken place in the Israeli Arab community over recent decades. His unparalleled viewpoint and access as a researcher, and as former head of the Labour Party's Minorities Commission, provides Israel's decision-makers with meticulously researched data on the political and national challenges that need to be addressed as they take a long overdue look at how better to incorporate Israel's Arab Citizens into the Jewish homeland.

This task is deemed by Israeli politicians of all persuasions to be critical to the long-term security of the State of Israel.

STRANGERS IN THEIR HOMELAND is essential reading for all people interested and involved in Middle East affairs.