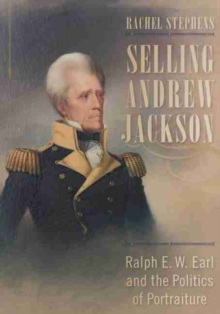 During this period Jackson held Earl in close council, even providing him residence at the Hermitage, Jackson's home in Tennessee, and at the White House during his presidency.

In this well-researched and comprehensive volume, Rachel Stephens examines Earl's role in Jackson's inner circle and the influence of his portraits on Jackson's political career and historical legacy. By investigating the role that visual culture played in early American history, Stephens reveals the fascinating connections between politics and portraiture in order to challenge existing frameworks for grasping the inner workings of early nineteenth-century politics.

Earl, she concludes, should be credited with playing the propagandistic role of image-shaper- long before such a position existed within American presidential politics.

Earl's portraits became fine art icons that changed in character and context as Jackson matured from the hero of the Battle of New Orleans to the first common-man president to the leader of the Democratic party, and finally to the rustic sage of the Hermitage. Jackson and Earl worked as a team to exploit an emerging political culture that sought pictures of famous people to complement the nation's exploding mass culture, grounded on printing, fast communications, and technological innovation.

To further this cause, Earl operated a printmaking enterprise and used his portrait images to create engravings and lithographs to spread Jackson's influence into homes and businesses.

Portraits became vehicles to portray political allegiances, middleclass cultural aspirations, and the conspicuous trappings of wealth and power. Through a comprehensive analysis of primary sources including those detailing Jackson's politics, contemporary political cartoons and caricatures, portraits and prints, and the social and economic history of the period, Stephens illuminates the man they pictured in new ways, seeking to broaden the understanding of such a complicated figure in American history. 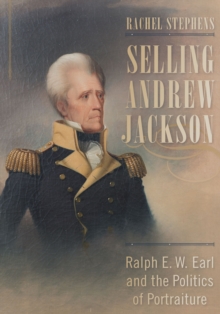