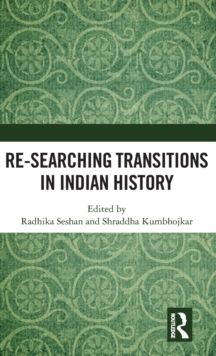 The idea of transitions in Indian history emerged early when the term 'transition' denoted shifts from one period to another.

The notion of transition itself has moved beyond being primarily economic to include dimensions of society, culture and ideology.

This volume brings together scholarly works that re-examine and re-define the concept of transition by looking into a range of subjects including religion, culture, gender, caste and community networks, maritime and mercantile modes, ideas of nationalism and historiographies across geographical and temporal settings.

With contributions by leading scholars from South Asia, this book will be useful to scholars and researchers of ancient history, modern Indian history, sociology and social anthropology, and South Asian studies.