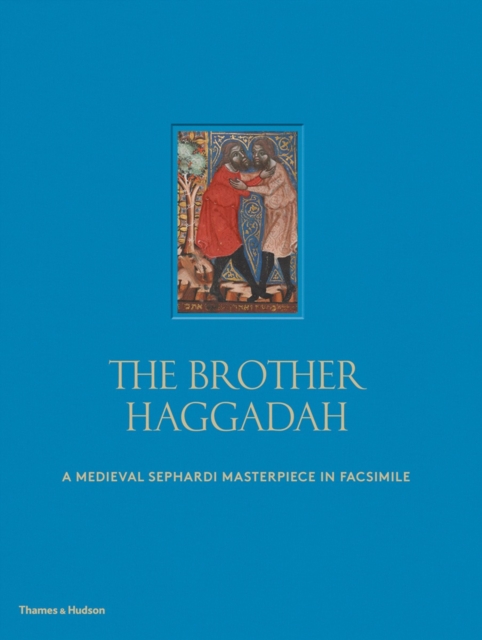 The Brother Haggadah : A Medieval Sephardi Masterpiece in Facsimile Hardback

The Haggadot commissioned by wealthy patrons in the Middle Ages are among the most beautifully decorated Hebrew manuscripts, and The `Brother' Haggadah - so-called because of its close relationship to The Rylands Haggadah in the collection of the John Rylands Library, Manchester - is one of the finest of these to have survived.

Created by Sephardi - or southern - artists and scribes in Catalonia in the second quarter of the 14th century, it sets out the liturgy and sequence of the Passover Seder, a ritual feast by which Jewish families give thanks for the liberation of the Israelites from slavery in ancient Egypt as described in the Book of Exodus. This finely produced facsimile edition begins with an introduction by medieval scholar Professor Marc Michael Epstein, who sets out the background to the Passover and provides an analysis of the manuscript's iconographic scheme.

Following are essays on the provenance of The `Brother' Haggadah by Ilana Tahan, head of the Hebrew and Christian collections at the British Library, and on the Shaltiel family, former owners of the manuscript, by Hebrew scholar Eliezer Laine.