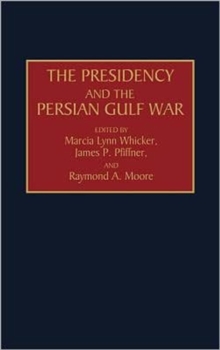 The Presidency and the Persian Gulf War Hardback

The book focuses on policy-making at the highest levels of the United States government.

Chapter contributors examine political, military, and foreign policy processes from micro and macro perspectives in documenting how President Bush personally dominated U.S. national security policy and was the driving force behind the United Nations-backed coalition of nations against Saddam Hussein.

The authors place the president's actions into political and historical perspective and examine the consequences of the Gulf War in both military and diplomatic terms.

Among the subjects discussed by experts are the president's political and constitutional roles in war-making; the foreign policy implications and military issues in the war; the domestic implications; and the postwar environment and planning for peace. 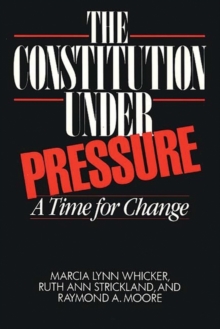 The Constitution Under Pressure