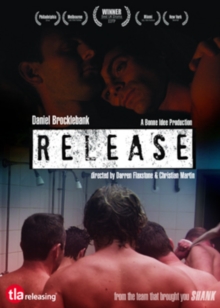 Daniel Brocklebank stars as Father Gillie, a priest who has been imprisoned for a crime that the other prisoners suspect to be paedophilia, causing him to be targeted by prison bully Max (Bernie Hodges).

While incarcerated, Father Gillie begins a love affair with prison guard Martin (Garry Summers), and eventually confesses to him the truth about the crime for which he has been imprisoned.