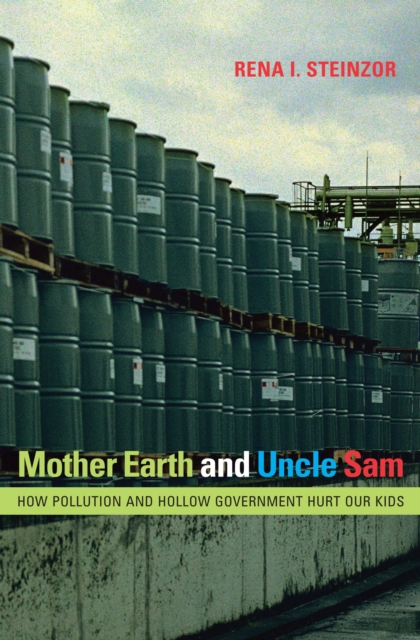 by Rena I. Steinzor

In this compelling study, Rena Steinzor highlights the ways in which the government, over the past twenty years, has failed to protect children from harm caused by toxic chemicals.

She believes these failures-under-funding, excessive and misguided use of cost/benefit analysis, distortion of science, and devolution of regulatory authority-have produced a situation in which harm that could be reduced or eliminated instead persists.Steinzor states that, as a society, we are neglecting our children's health to an extent that we would find unthinkable as individual parents, primarily due to the erosion of the government's role in protecting public health and the environment.

At this pace, she asserts, our children will inherit a planet under grave threat.

We can arrest these developments if a critical mass of Americans become convinced that these problems are urgent and the solutions are near at hand.By focusing on three specific case studies-mercury contamination through the human food chain, perchlorate (rocket fuel) in drinking water, and the effects of ozone (smog) on children playing outdoors-Steinzor creates an analysis grounded in law, economics, and science to prove her assertions about the existing dysfunctional system.

Steinzor then recommends a concise and realistic series of reforms that could reverse these detrimental trends and serve as a blueprint for restoring effective governmental intervention.

She argues that these recommendations offer enough material to guide government officials and advocacy groups toward prompt implementation, for the sake of America's-and the world's-future generations.