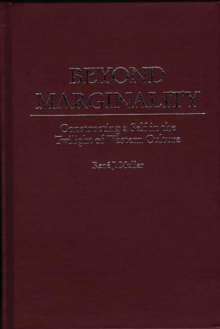 Beyond Marginality : Constructing a Self in the Twilight of Western Culture Hardback

In The Marginal Self (1987), Ren^D'e J. Muller characterized what he saw as the phenomenon of marginality.

Using existential anthropology, he argued that the Judeo-Christian tradition and the tradition of rationality, the bedrock of Western culture for over 2,000 years, no longer provided a satisfactory context for living.

He showed how maginalizing choices made in an attenuated Western culture inevitably lead to pathological living and disillusion. In Beyond Marginality, a sequel, Muller changes his perspective and ground and reinterrogates the phenomenon of the marginal self using the anthropology of Zen.

He begins by making explicit the link between marginality and narcissism implied in The Marginal Self, and describes how the narcissistic marginal self developed in a dualistic culture that splits all lived experience in unlivable parts.

He shows how the authenticity, freedom, and wholeness that the existentialists struggled to recover from the debris of metaphysics is calmly claimed by Zen as its birthright, originating as it does in a culture untouched by dualism.

Using the existential concept of nothingness and the Zen notion of sunyata, Muller builds a bridge between the anthropologies of West and East.

He shows how an intrinsically pathological Western culture can be partially reconstructed to go beyond marginality by incorporating elements of Zen's more authentic world view.

This book will be of interest to graduate students and faculty in psychology, philosophy, and anthropology, as well as mental health professionals. 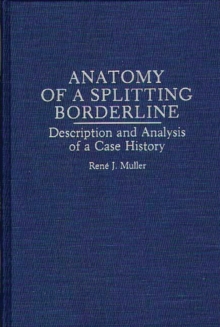 Anatomy of a Splitting Borderline 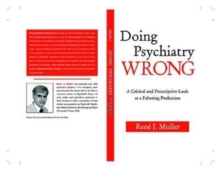 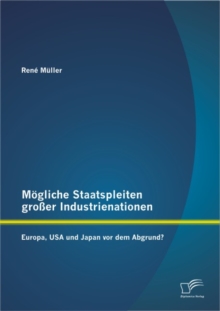