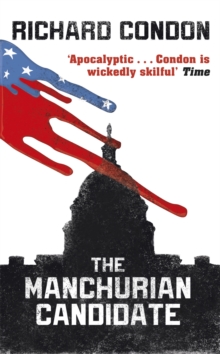 'Brilliant...wild and exhilarating' New YorkerSgt Raymond Shaw is a hero of the first order.

He's an ex-prisoner of war who saved the life of his entire outfit, a winner of the Congressional Medal of Honor, the stepson of an influential senator...and the perfect assassin.

Brainwashed during his time as a POW he is a 'sleeper', a living weapon to be triggered by a secret signal.

He will act without question, no matter what order he is made to carry out.

To stop Shaw, his former commanding officer must uncover the truth behind a twisted conspiracy of torture, betrayal and power that will lead both to the highest levels of the government. - and to Shaw's own past...