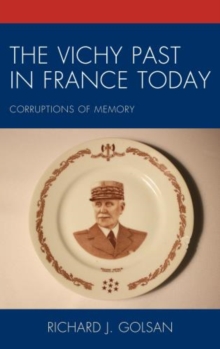 The Vichy Past in France Today : Corruptions of Memory Hardback

The Vichy Past in France Today: Corruptions of Memory is an interdisciplinary study examining the continuing impact of the memory of Vichy and World War II in French politics, literature, intellectual discourse and debates, and the law.

It argues that despite multiple efforts in all of these areas to come to terms with France's World War II past and to fulfill a "duty to memory" to Vichy's Jewish victims, the nation is still not reconciled to the so-called "Dark Years," even seventy years after the Liberation.

Indeed the Vichy past "occupies" important recent works of literature, inflects much political discussion and debate, often serving as a metaphor for political (and moral) evil.

Its legacies include the passage of problematic laws that dangerously distort and simplify complex historical realities.

Chapter I examines the historical and legal legacies of the 1990s trials for crimes against humanity and traces their impact on the so-called "memorial laws" of the new century.

Chapter II revisits the 2002 presidential elections in France and the impact of Jean-Marie Le Pen's first round victory on intellectual and cultural debate.

Chapter III explores Alain Badiou's controversial characterization of Sarkozy's presidential victory as a return of "Petainism" in The Meaning of Sarkozy.

The discussion is cast against the backdrop of Badiou's "radical" political thought and Sarkozy's political uses and misuses of the World War II past.

Chapter IV examines the controversy surrounding the publication of Jonathan Littell's The Kindly Ones (2006) and its morally and historically problematic portrayal of an unrepentant Nazi and SS officer.

Chapter V discusses Yannick Haenel's fictional recreation of the Polish resistance hero Jan Karski (The Messenger, 2009) in his novel by that name, and the polemics between the novel's author and the maker of the classic Holocaust documentary film, Shoah, Claude Lanzmann.

The Conclusion first explores the ways in which the memory of Vichy inflects literary and political reflections on the recent terrorist attacks in France.

It also examines strategies proposed by French philosophers for moving beyond the "impasse" of Vichy's memory in France before concluding with a different strategy proposed by the author for the French nation to move beyond the memory of the Dark Years. 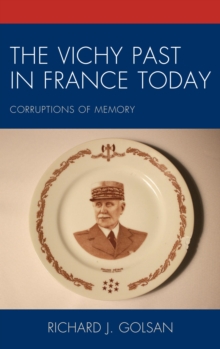 The Vichy Past in France Today