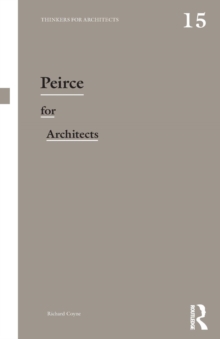 Part of the Thinkers for Architects series

Ideas gain legitimacy as they are put to some practical use.

A study of Charles Sanders Peirce (1839-1914) supports this pragmatism as a way of thinking about truth and meaning.

Architecture has a strong pragmatic strand, not least as we think of building users, architecture as a practice, the practical demands of building, and utility.

After all, Vitruvius placed firmness and delight in the company of utilitas amongst his demands on architecture.

Peirce (pronounced 'purse') was a logician, and so many of his ideas are couched in terms of formal propositions and their limitations.

His work appeals therefore to many architects grappling with the digital age, and references to his work cropped up in the Design Methods Movement that developed and grew from the 1950s.

That movement sought to systematise the design process, contributing to the idea of the RIBA Plan of Work, computer-aided design, and various controversies about rendering the design process transparent and open to scrutiny.

Peirce's commitment to logic led him to investigate the basic elements of logical statements, notably the element of the sign.

His best-known contribution to design revolves around his intricate theory of semiotics, the science of signs.

The study of semiotics divided around the 1980s between advocates of Peirce's semiotics, and the broader, more politically charged field of structuralism.

The latter has held sway in architectural discourse since the 1980s.

Why this happened and what we gain by reviving a Peircean semiotics is the task of this book.

Also in the Thinkers for Architects series   |  View all 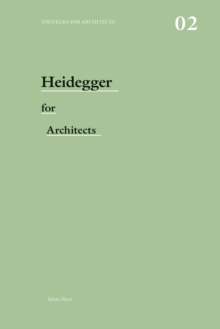 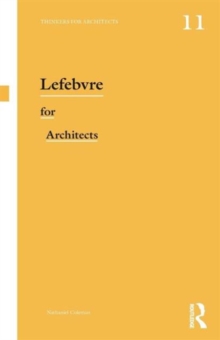 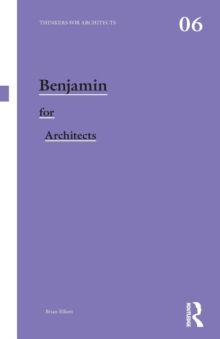 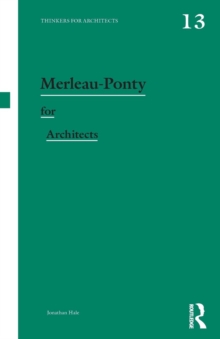