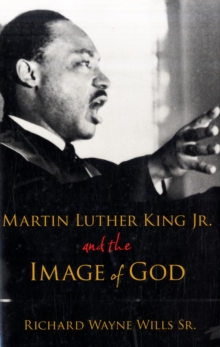 Martin Luther King, Jr., and the Image of God Hardback

Hundreds of volumes have been written on the life and civil-rights work of the Rev.

Martin Luther King, Jr. One aspect of King that has received surprisingly little attention, however, is his theology.

While it is common knowledge that King emerged from the black church tradition, and many have pointed to his religious lineage as a source for his social activism, few have actually examined the content of his religious beliefs and how they are related to his fight forAfrican American civil rights.

Richard Wills concentrates here on one particular piece of King's theology, imago dei- the idea that human beings are made in God's image.

Wills begins by tracing the evolution of this idea through the history of Christian thought, showing the intellectual sources Kingdrew on in constructing his own theology.

Wills then demonstrates how King employed this idea in his civil rights work.

The idea that we are all made in God's image was crucial, Wills shows, to King's understanding of human nature and equality.

While King shared with many of his black church forebears the view that humanity's creation by God was a powerful argument for the equality of all people, he also took the concept much further.

For King, being made in God's image meant that human beingshave not only the right but also the power to reshape society and to build a "Beloved Community" on earth.

Wills's thorough reconsideration King's thought makes the case for his importance as a theologian and also for the centrality of imago dei to his theology, and of his theology to thecivil-rights movement.