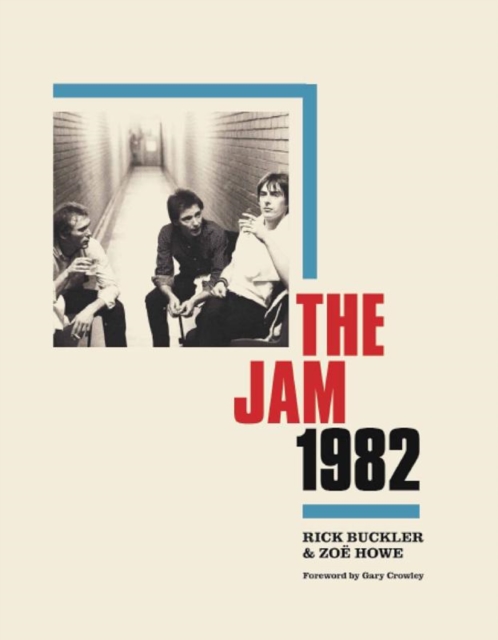 Leading the Mod Revival of the 1970s in thrilling new directions, their tight live shows, razor-sharp style and perfectly crafted songs earned them a devoted following and a string of number one hits. By 1982 The Jam were bigger than ever, but the pressure of success was taking its toll.

At the peak of their powers, Paul Weller made the shock decision that was far from welcomed by the rest of the group, let alone the fans: The Jam were to split up and go their separate ways.

This richly illustrated and revealing oral history of their final year, led principally by the voice of drummer Rick Buckler, contains a number of previously unseen images and untold stories, taking us from the recording and release of their final studio album, The Gift, to The Jam's last appearances together.

In addition to Buckler's memories of the time, The Jam 1982 also brings together testimonies from Gary Crowley, producer Peter Wilson, A&R manager Dennis Munday, photographer Neil 'Twink' Tinning, Eddie Piller, Paolo Hewitt, Mat Osman, Belle Stars singer Jennie Matthias ('The Bitterest Pill'), touring musicians Jamie Telford and Steve Nichol and others, to tell the tale of a single, fateful year: the year The Jam, for better or worse, went out at the very top of their game.