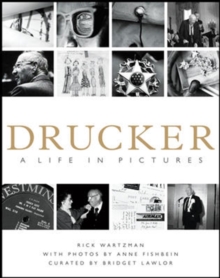 Drucker: A Life in Pictures Hardback

A Photographic Celebration of the Life and Work ofthe Legendary Peter DruckerBorn on November 19, 1909, Peter Drucker grew up in Austria and moved to Germany at the age of seventeen.

When the Nazis rose to power in 1933, they burned and bannedsome of Drucker's earliest writings, and he fled the country.

As Drucker witnessed the institutions of his nation fall apart one by one, he concluded that "performing responsible management is the alternative to tyranny." In 1937, Drucker and his wife immigrated to the United States--and the practice of management has never been the same. Drucker: A Life in Pictures celebrates the lifeand work of "the man who invented management," as Drucker was known.

He was a prolific writer, a passionate teacher, and a brilliant adviser who influenced how organizations are run perhaps more than any single figure of thetwentieth century.

Drucker was also a loving husband and father, a loyal friend, and a passionate baseball fan. Drawn from the Drucker Archives, a part of the Drucker Institute at Claremont Graduate University, this trove of photos captures Drucker in all facets of his life--as an immigrant fleeing Hitler's Germany, a bestselling author, a beloved professor, and a consultant to major corporations, nonprofits, and government agencies. The images include Drucker's doctoral dissertation on international law; a handwritten note from General Electric's Jack Welch; a high honor bestowed upon Drucker by the Emperor of Japan; Drucker's typewriter; his walkingstick and record collection; and the file the FBI kept on Drucker--along with other stunning photographs of his manuscripts, awards, personal letters, and other ephemera. The book is framed by extensive captions written by Drucker expert Rick Wartzman, and also includes excerpts of interviews with Drucker himself.

All told, this handsome, unique photo history shines a spotlight on themany sides of one of the twentieth century's most influential figures. Drawn from the vast collection at the Drucker Archives, a part of the Drucker Institute at Claremont Graduate University, Drucker: A Life in Pictures features almost 100 photographs of Peter Drucker's correspondence, manuscripts, awards, personal items, and other ephemera.

Much of it has never been seen before by the public. Each picture provides a glimpse into Drucker's long, fascinating, and hugely influential life, with every image placed into context through extensive captions written by Rick Wartzman, the Drucker Institute's executive director.

Interlaced through the book are excerpts from various interviews that Drucker gave over the years. Drucker: A Life in Pictures is a fitting tribute to one of the most important minds of the twentieth century. 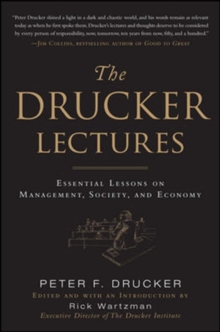 The Drucker Lectures: Essential Lessons on Management, Society and Economy 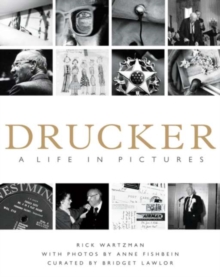 Drucker: A Life in Pictures 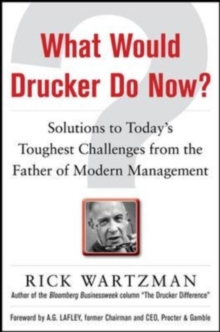 What Would Drucker Do Now?: Solutions to Today s Toughest Challenges from the... 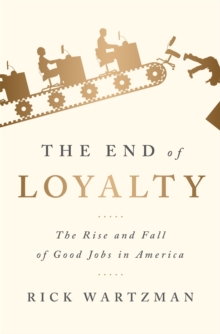 The End of Loyalty