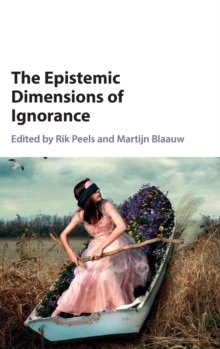 The Epistemic Dimensions of Ignorance Hardback

Ignorance is a neglected issue in philosophy. This is surprising for, contrary to what one might expect, it is not clear what ignorance is.

Some philosophers say or assume that it is a lack of knowledge, whereas others claim or presuppose that it is an absence of true belief.

What is one ignorant of when one is ignorant? What kinds of ignorance are there? This neglect is also remarkable because ignorance plays a crucial role in all sorts of controversial societal issues.

This book does not only study an epistemic phenomenon that is interesting in itself, but also provides important tools that can be fruitfully used in debates within and beyond philosophy.