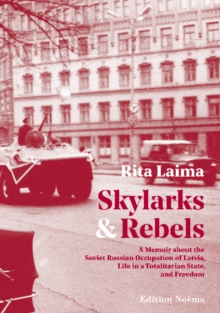 Skylarks and Rebels : A Memoir about the Soviet Russian Occupation of Latvia, Life in a Totalitarian State, and Freedom Hardback

Skylarks and Rebels is a story about Latvias fate in the 20th century as told by Rita Laima, a Latvian American who chose to leave behind the comforts of life in America to explore the land of her ancestors, Latvia, which in the 1980s languished behind the Soviet Iron Curtain.

In writing about her own experiences in a totalitarian state, Soviet-occupied Latvia, Laima delves into her familys past to understand what happened to her fatherland and its people during and after World War II.

She also pays tribute to some of Latvias remarkable people of integrity who risked their lives to oppose the mindless ideology of the brutal and destructive Soviet state. 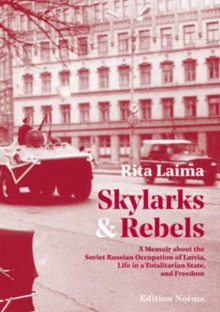 Skylarks and Rebels - A Memoir about...