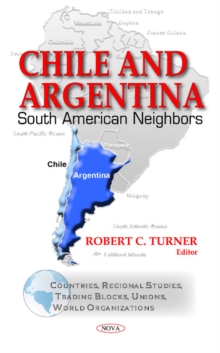 A centre-left coalition of parties known as the Concertacion has governed Chile over the last two decades since the end of the dictatorship.

In addition to addressing human rights violations from the Pinochet era, the coalition has made significant economic progress under the Concertacion's free market economic policies and moderate social programs.

In 2001-2002, the democratic political system experienced considerable stress as the country experienced a severe economic crisis, but weathered the storm.

More recently, the government has faced the challenge of dealing with the effects of the global financial crisis and the rapid decline in prices.

This book explores the backgrounds and U.S. relations of both Chile and Argentina, and the future economic, political and security issues for both South American neighbours.