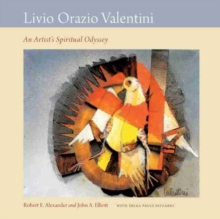 Alexander and John A. Elliott celebrate the life and legacy of the renowned painter and sculptor while acknowledging his special relationship with the people of Aiken, South Carolina. Born to a poor family in 1920, Valentini lived most of his life in Orvieto, Italy.

With no money for a formal education, he became a self-taught artist.

At the age of twenty, Valentini was called into military service during World War II.

After being captured by the Germans, he was confined in Buchenwald and other concentration camps, where he endured two years of physical labor.

For Valentini the confinement was life-changing; he experienced a spiritual awakening that became a lifelong odyssey reflected in his art and teaching. Valentini's art and even his existence centered on his efforts to find freedom.

His paintings, charcoal sketches, and sculptures formed from terracotta, forged iron, tile, or stone are often a statement on the human condition, germination and rebirth, and the negativity and violence of humanity.

Valentini often spoke about injustice and oppression through the metaphor of a caged bird, explaining how compassion could overcome cruelty and art could bring healing and hope to conquer fear. While Valentini's art was well known in Italy and other European countries, it was relatively unknown in the United States until the 1990s, when Aiken, South Carolina, and Orvieto, Italy, became linked after a chance meeting between Valentini and a fellow Rotary Club member from Aiken vacationing in Orvieto.

The connection blossomed into a multifaceted exchange program for students and citizens that has celebrated culture and art, including Valentini's. 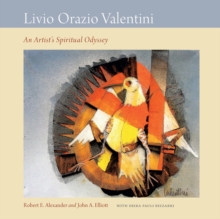