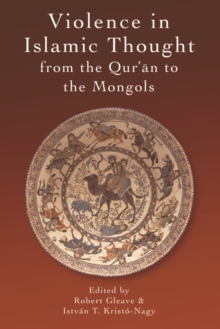 Violence in Islamic Thought from the Qur?an to the Mongols Paperback / softback

How was violence justified in early Islam? What role did violent actions play in the formation and maintenance of the Muslim political order?

How did Muslim thinkers view the origins and acceptability of violence?

These questions are addressed by an international range of eminent authors through both general accounts of types of violence and detailed case studies of violent acts drawn from the early Islamic sources.

By understanding the early development of Muslim thinking around violence, our comprehension of subsequent trends in Islamic thought, during the medieval period and up to the modern day, become clearer.