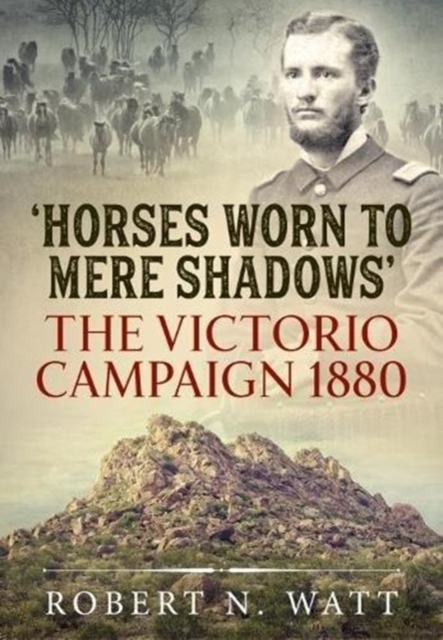 This study, following on from the author's acclaimed book 'I Will Not Surrender a Hair of a Horse's Tail', commences with Victorio's return to New Mexico in January 1880.

The US army's January to February campaign illustrates the operational decoy strategy employed by Victorio to protect his own logistic support whilst simultaneously undermining that of his opponents.

The Hembrillo Canyon operation in April 1880 saw the largest battle of the Victorio Campaign.

By the end of May 1880, Victorio's warriors have rendered the Ninth Cavalry unfit for field service.

This was achieved through the Apache strategy of directly and indirectly targeting the US army's horses and mules.

Yet the Apaches also suffer their first major defeat of the campaign at the end of May.

After regrouping and engaging in widespread raiding in northern Mexico, Victorio engaged the Tenth Cavalry in Western Texas during July-August 1880.

Failing to break through that regiment's defences he retreated back into Mexico.

This allowed the US army in New Mexico to rest and recover.

By September 1880, the US army had negotiated a cross border operation of questionable legality.

Known as the Buell Expedition, the aim was to coordinate with Mexican state troops to destroy the Apaches.

This volume will end with Mexican state troops, led by Colonel Joaquin Terrazas', inflicting a major defeat upon the Apaches at Tres Castillos.

It will be argued that the setbacks in Western Texas and at Tres Castillos demonstrate the employment of strategies and tactics by the Apaches which came very close to succeeding.