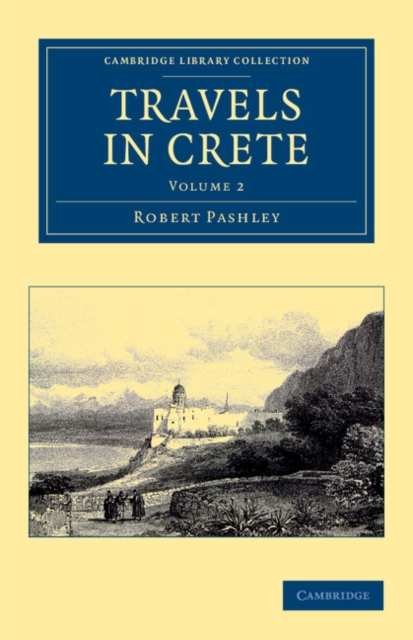 Robert Pashley (1805-59) spent 1833-4 exploring Greece and Turkey as a Trinity College, Cambridge Travelling Fellow and contributor to a British survey of the Mediterranean, yet it was the island of Crete that most captivated his attention; his travels there became the subject of this two-volume account, published in 1837.

The following year, Pashley's notes, collected artefacts and books were destroyed in a fire, so this work is all that remains from his expedition to the island.

Crete at various points in its history had been ruled by Romans, Byzantines, Venetians and Ottomans.

At the time of Pashley's arrival it was under Egyptian administration and there were palpable tensions between Christians and Muslims.

In Volume 2, Pashley ends his travels in the south-western Samaria region.

This volume also includes an appendix of Venetian manuscripts, and economic and demographic statistics from 1834.