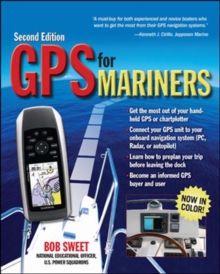 From the National Education Officer of the U.S. Power Squadrons, here is the operator's manual that should come with every boater's GPS receiver or chart plotter.

About the BookGPS for Mariners was immediately well received by nautical book buyers because it took the mystery out of what was, in 2003, still a somewhat mysterious black box.

Sales of the book have been strong ever since--through the U.S.

Power Squadrons and the U.S. Coast Guard Auxiliary as well as through bookstores and marine stores.In the intervening six years, however, GPS has achieved almost universal acceptance.

No one needs to be told in detail how the system works or why it is reliable anymore.

Boaters today accept GPS as the ultimate navigation tool-they just want to know how to use it.At the same time, even the most basic GPS receivers are much more full-featured now than six years ago.

It's hard to find a new GPS receiver--even a handheld unit--that doesn't have resident charts or maps, for example. And many boaters now buy chart plotters with integral GPS--and the distinction between a GPS receiver and a full-featured chart plotter has become increasingly blurred.

About the only thing that hasn't changed is that the manual that comes with a new GPS receiver or chart plotter is as confusing, fragmented, and incomplete as ever, and in all likelihood never even mentions nautical applications because GPS manufacturers cater to the larger nonboating markets.In response to these trends, the second edition of GPS for Mariners will have much less GPS tech-talk and theory--no sense preaching to the converted-and more instead on getting the most out of today's more advanced and powerful units. And the second edition will be presented in full color to do maximum justice to the many screen shots and electronic chart shots the book will feature, thus faithfully replicating the full-color screens of most of today's GPS receivers and chart plotters.Revamped coverage and emphasis: Boaters no longer need to be told what GPS is.

They just want to know what it will do for them and how to use it.

The second edition will be printed entirely in color, the better to show the many features of GPS and chart plotters.Distinctive author qualifications: Bob Sweet is not only a successful boating book author but also the National Education Officer of the U.S.

Power Squadrons, America's largest non-profit boating organization and boating educator.The manual that should have come with your GPS or chartplotter but didn't.

Clear, concise advice on how to install and initialize the unit, how to use its various features, and how to interpret what it tells you.Color screen shots of the displays take the mystery out of interpretation.

Also by Robert Sweet   |  View all 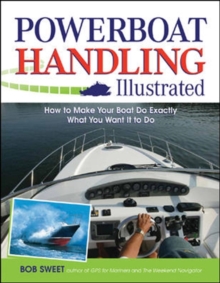 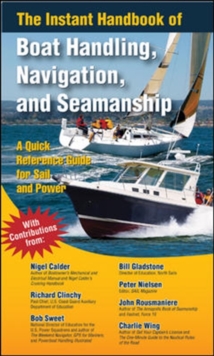 The Instant Handbook of Boat Handling,...