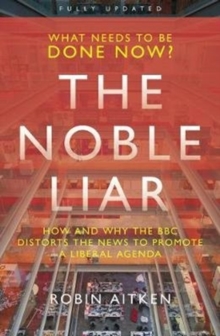 The Noble Liar : How and why the BBC distorts the news to promote a liberal agenda Paperback / softback

To some, it is the voice of the nation, yet to others it has never been clearer that the BBC is in the grip of an ideology that prevents it reporting fairly on the world.

Many have been scandalised by its pessimism on Brexit and its one-sided presentation of the Trump presidency, while simultaneously amused by its outrage over 'fake news'. Robin Aitken, who himself spent twenty-five years working for the BBC as a reporter and executive, argues that the Corporation needs to be reminded that what is 'fake' rather depends on where one is standing.

From where his feet are planted, the BBC's own coverage of events often looks decidedly peculiar, peppered with distortions, omissions and amplifications tailored to its own liberal agenda. This punchy polemic - now fully updated to cover the Corporation's tortured relationship with the government and explore the challenges for the new Director-General - galvanises the debate over how our licence fee money is spent, and asks whether the BBC is a fair arbiter of the news or whether it is a conduit for pervasive and institutional liberal left-wing bias. 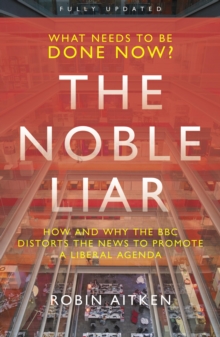 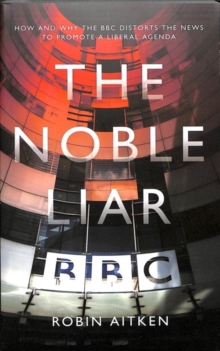