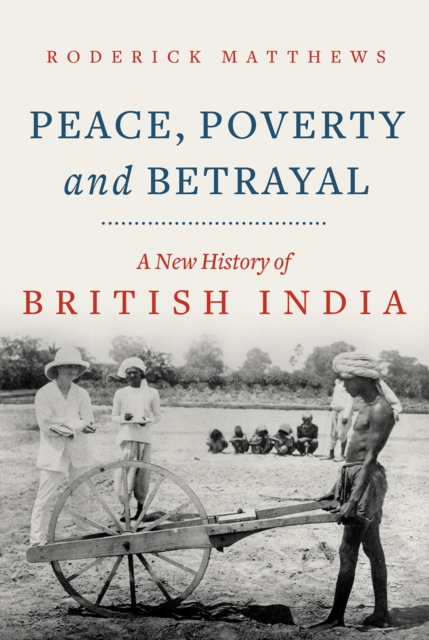 How can we explain Britain's long rule in India beyond the cliches of 'imperial' versus 'nationalist' interpretations?

In this new history, Roderick Matthews tells a more nuanced story of 'oblige and rule', the foundation of common purpose between colonisers and powerful Indians. Peace, Poverty and Betrayal argues that this was more a state of being than a system: British policy was never clear or consistent; the East India Company went from a manifestly incompetent ruler to, arguably, the world's first liberal government; and among British and Indians alike there were both progressive and conservative attitudes to colonisation.

Matthews skilfully illustrates that this very diversity and ambiguity of British-Indian relations also drove the social changes that led to the struggle for independence. Skewering the simplistic binaries that often dominate the debate, Peace, Poverty and Betrayal is a fresh and elegant history of British India.