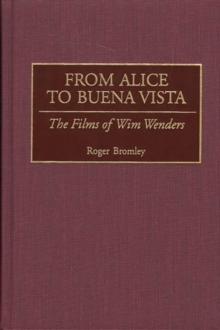 From Alice to Buena Vista : The Films of Wim Wenders Hardback

This analysis of the films of Wim Wenders from the early 1970's through the 1990's attempts to place his work in the cultural and political context of the time.

Feminist analysis, cultural theory, and psychoanalysis combine to explore the major themes in the films with an emphasis on gender and narrative and on Wenders' concern with the representation of otherness.

Wenders' earlier films reflect concerns with identity and with issues of masculinity and detachment.

His later films reveal a preoccupation with seeing, images, and love, which culminated in the international success of The Buena Vista Social Club.

As this study suggests, Wenders' later works manifest a shift in direction away from indifference and toward reconciliation, ethical practice, and relationships. This study will appeal to film scholars, to those with a special interest in German cinema and culture and to admirers of Wenders' films. Thematically arranged, chapters begin with the early films and trace the masculinity, identity, and lost narrative motifs throughout Wenders' oeuvre.

Also by Roger Bromley   |  View all 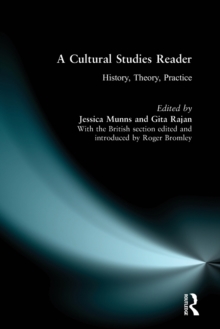 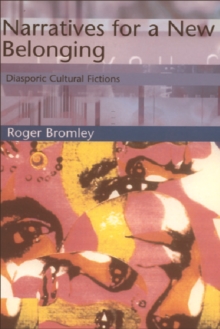 Narratives for a New Belonging 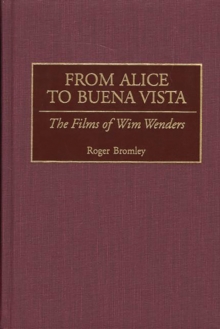 From Alice to Buena Vista: The Films of...