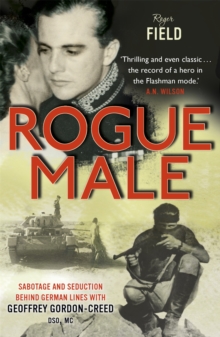 This is the untold story of one of the most lethal and successful soldiers of the Second World War - a highly decorated hero as well as a self-confessed rogue.

In the tank war in the desert of North Africa, Major Geoff, as he came to be known, quickly showed himself a soldier of superb athleticism, unwavering will to win and almost superhuman instincts when it came to survival and outwitting the enemy.

Almost incredibly he won the Military Cross on his very first day in action.

He fought alongside the SAS in its early days and was with them while they were forging the ruthless fighting techniques that have made them feared throughout the world.

He played a decisive role in the Greek resistance to German occupation.

While in Greece he also became involved in some of the dirtiest hand to hand fighting of the war.

To the men with whom he fought shoulder to shoulder he was 'Saint Geoff', to his enemies he was the devil incarnate, a man who would stop at absolutely nothing, and to his critics among the partisans he a was a womanizer, more interested in enjoying himself than killing the enemy.This is an honest account of winning the war not by fair play but by being more ruthless than your enemy.

But maybe what is even more extraordinary than his soldiering - its predatory ruthlessness and amorality - is the frank account of sexual adventuring that went with it.

This is how the dogs of war really behave when they are let off the leash. 'Thrilling (and even classic)... parachuted as a saboteur into Greece, where he stayed for over a year, doing heroic mischief against the Nazis, and not exactly improving the morals of the local Greek women.

There's no doubting that this is the record of a hero - albeit one in the Flashman mode.' A.N.

Wilson - Reader's Digest 'Major Geoff is a brave, blithe adventurer in ruthless, resourceful action, as opportunistic and vigorous in the theatre of war as in the bedroom' Times'Former army officer Roger Field pieces together Major Geoff's unpublished journals and letters in this uncut version of World War II.

Most riveting of all is the Major's account of the destruction of the Asopos Viaduct in occupied Greece - this is Boys' Own stuff at its best.'Daily Mail'War heroes come in all shapes and sizes, but I've rarely come across any as charismatic as Geoffrey Gordon-Creed...

A maverick and prodigious womaniser, it's no surprise to learn he was a friend of Ian Fleming and was reputedly one of the models for James Bond.' Mail on Sunday 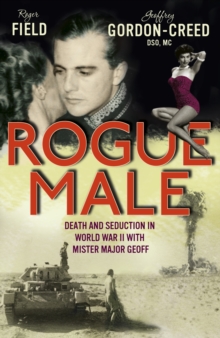