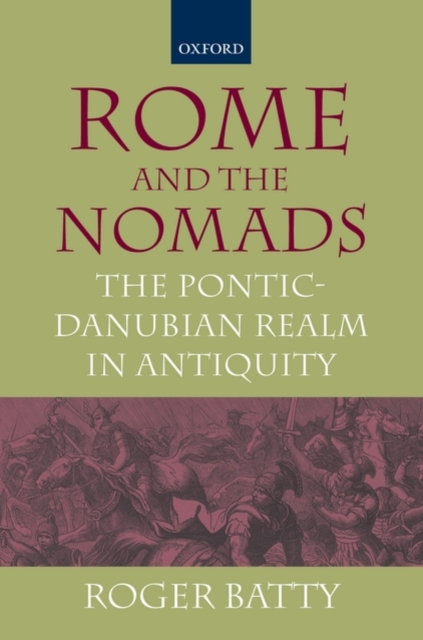 Rome and the Nomads : The Pontic-Danubian Realm in Antiquity Hardback

In this comprehensive illustrated study, Roger Batty examines the historical importance of migration and the pastoral economy in Eastern Europe during ancient and early medieval times, with an emphasis on the early period of Roman rule.

Across a wide geographical area, from the Ukraine to the shores of the Aegean, the interaction of imperial rulers and migrating steppe nomads both with each other and with the indigenous farmers and herdsmen, forms a central strand ofEuropean history.

Batty uses both textual and archaeological evidence to establish a clear picture of life in the region.

In explaining the historical development of the area in antiquity, whether in the Roman period or afterwards, he investigates the economic choices available to, and the ideasespoused by, both larger and smaller social groups.

Historically important but unrecognized structures and trends are all given prominence over the more temporary initiatives of centralizing powers.